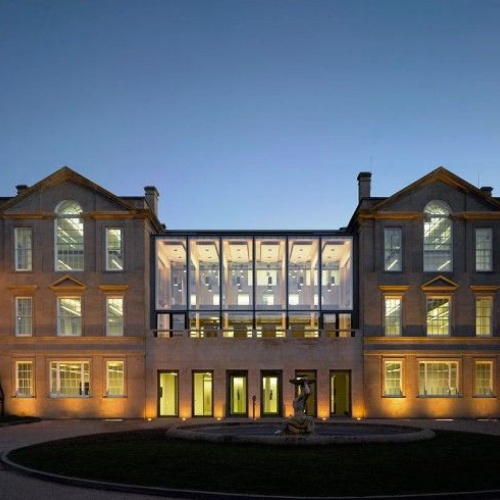 CLICK HERE to view more photographs of this project.

We have successfully completed a number of projects at the Oxford University site. These include the ‘new build’ Maths Institute Building and Earth & Sciences developments.

However, the ‘Outpatients Building’ on the former Radcliffe Infirmary site was a £14.1m redevelopment of the grade II listed building which was originally constructed in 1911. The renovation was undertaken by the University of Oxford in conjunction with the Nuffield Department of Primary Health Care Sciences to host Oxford University’s Medical Sciences Division.

Whilst the building underwent an extensive redesign by NMA (Architects), the main stone building facades and timber roof were maintained, thus necessitating the requirement for subtle steel strengthening operations by Shipley Structures, in close conjunction with other specialist trades, to meet the aesthetic needs of the reconfigured structure.

The key elements of our works on the project included the following: